Mark made two trips to the hospital yesterday with Casa Bernabe kids.  One for a regular appointment, the other with a boy who had to get stitches.  By the end of the day, he was plumb worn out from driving all over.  I’m thankful that he did the driving.

But it’s still not pretty and still not 100% healed.  The truth is I have been walking on it way too much, so I’ve decided to use today as a down day, really hoping that by giving it a rest today it will heal.  It’s still very black and blue, but the swelling is mostly gone (except for when I have to walk over a mile on it, like yesterday).

Tate is reading like a crazy!  He keeps bringing in books to school to read them aloud.  I adore reading and I am thrilled that he is loving it like I do.  We recently finished the Mouse and the Motorcycle series by Beverly Cleary and it was awesome!  I love sharing special things from my childhood with him.

Kevin is attending a Vocational Training program once a week with three other boys from Casa (or formerly from Casa).  One is studying mechanics, and two are doing welding.  Here are their first projects: 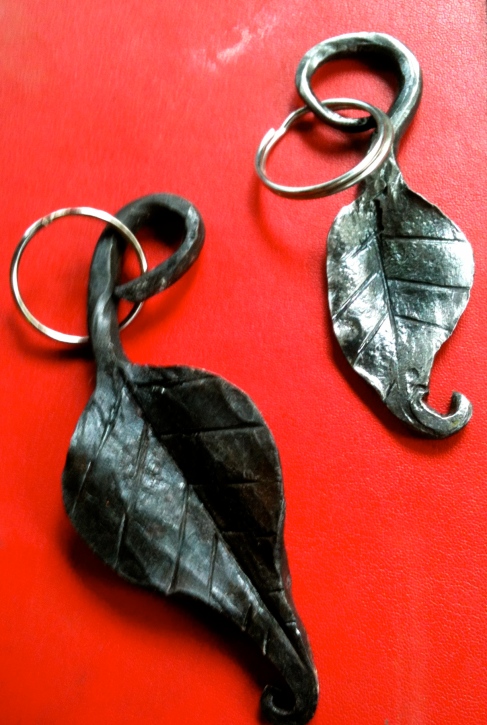 Aren’t those neat?  I was so proud!

The worldview studies are pushing some buttons.  We’ve had several kids get emotional during our meetings.  This is not the goal, but we do want to encourage kids to work through their issues, and the follow up that is happening will hopefully lead to healing.  I am so thankful for your prayers on behalf of the kids whose dad died.  The two sisters seem to be doing well, remarkably well, in fact.  The boy, though, could use more prayers.  He was acting out before his dad died, and (understandably) this behavior has increased.  Please pray for wisdom, patience and good counsel for him and his caregivers.

Our garden is producing (haha!) and we’re enjoying it!  Theo eats his body weight in tomatoes each day (not really, but he would if he could) and Tate is really enjoying the peppers.  We have baby watermelons that are growing so that’s very exciting.  I have no idea how long watermelons take to ripen, and since they were started because we threw seeds out on the ground I have no idea how what to expect.  I think it makes it more of an adventure!